Today Is the Day to Make a Flour Tortilla

Today Is the Day to Make a Flour Tortilla 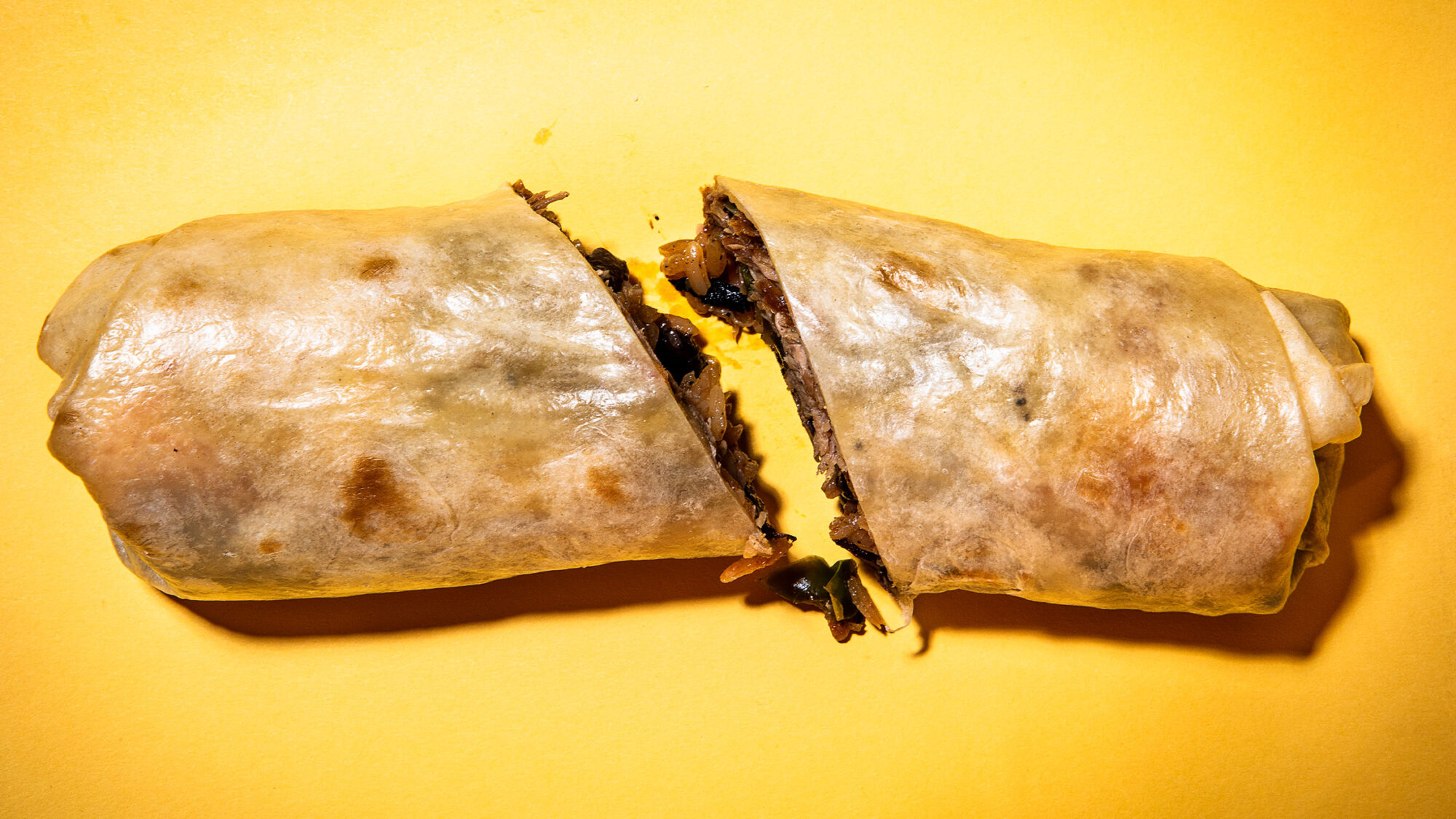 Here in New York City, where I live in the bougiest part of Brooklyn, my local markets sell almost everything: ajwain seeds and banana ketchup, 20 kinds of chiles, two forms of tamarind, heritage-breed bacon, and even wild oysters, which barely exist on the East Coast anymore.

You know what you can’t find in my neighborhood? A really good flour tortilla*, like the ones sold in ordinary supermarkets across California, Texas, New Mexico, Nevada, Arizona, and most of Mexico.

Depending on the cook or the regional preference, a really good flour tortilla can be exceedingly thin and a bit shiny in spots, made with just flour, water, salt, and lard. It can also be a bit softer and creamier, made with baking powder and maybe even milk. Either style is totally unlike those sticky, waxy mainstream brands, made with guar gum, sugar, and dough conditioners.

In the distant past, when I really wanted a bean and cheese breakfast taco made with a legit product, I tried to make flour tortillas myself. They didn’t come out right—they were hard to roll, too dense, and way too thick.

When I read Javier Cabral’s TASTE story about a new school of flour tortilla makers obsessed with perfection—sneaking sacks of Sonoran Bonfil flour over the border—I figured that must be why I’d failed. These things take ingredients and techniques that I don’t have—not to mention dedication.

Recently, though, I realized that good flour tortillas, or at least pretty decent flour tortillas, might be within my grasp, even without a 44-kilogram bag of Mexican white wheat. What if I made them with boiling water?

When you heat wet flour above 140°F—as in, mix the flour with very hot water—the result is gelatinization: the starches in the flour gel and trap water in the dough, even as it cooks. The hot water also inhibits the formation of gluten, and it evenly distributes the fat. It’s the technique behind British hot-water pie crusts and Chinese scallion pancakes, whose doughs are easy to stretch and shape but cook up soft yet sturdy. 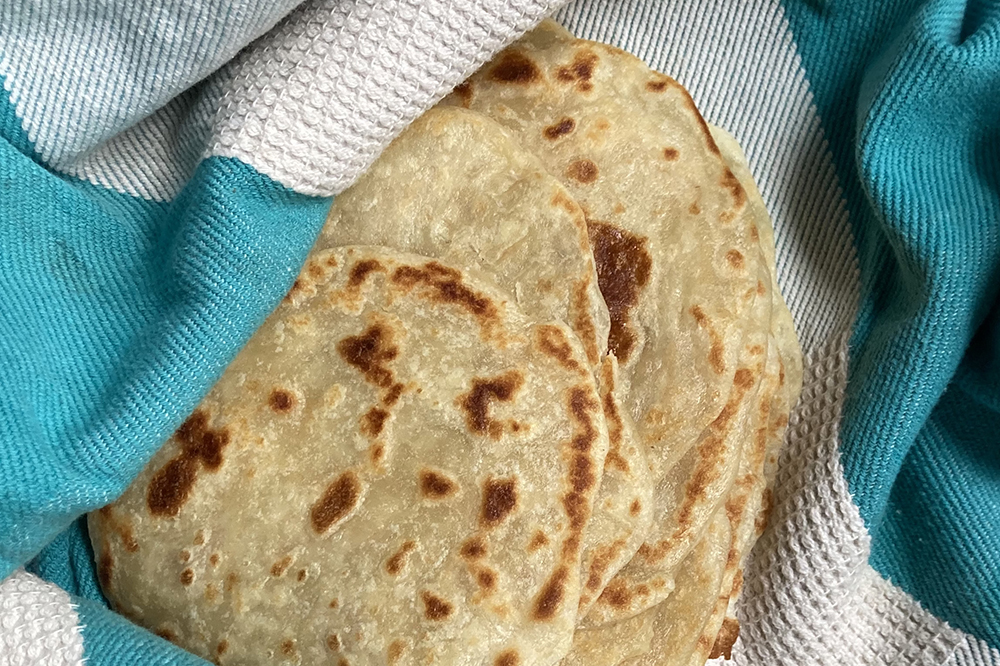 Boiling water is not unheard-of in traditional flour tortilla making. Freddie Bitsoie, a Navajo chef with a forthcoming cookbook who grew up in Arizona and New Mexico, tells me his mother uses warm water from the tap, his sister uses boiling water, and he uses water somewhere in between.

Recipes for flour tortillas are like snowflakes, by the way—ratios for fat, water, and flour vary widely. Some call for liquid cooking oil, and some say to cut in cold lard or shortening with your fingertips. Some call for warm water, while others don’t mention water temperature at all.

Sonia Mendez Garcia, a recipe developer who grew up in California and Texas with parents from Monterrey, Mexico, has a detailed but relatively straightforward recipe on her website, La Pina en la Cociña, that calls for very hot water. I wondered just how hot she meant. After years of tinkering, she told me, she now brings the water up to a simmer, around 180ºF to 200°F, which, for gelatinization purposes, works just the same as a boil.

“I grew up watching my mom prepare flour tortillas,” Garcia says. “I remember touching the dough, and it was always warm. She would melt the pork lard or vegetable shortening and add flour, salt, and warm water directly to the stainless-steel bowl with melted fat. As I developed the recipe a little more, I added baking powder and hot water that I warmed on the stovetop. It works better for me. The hot water and hot melted fat make sense.”

As a test, I made Garcia’s recipe with warm tap water (about 100°F), with the hottest tap water I could get (around 130°F), and with water just off the boil (around 200°F). With the tap waters, the dough took longer to come together and had some snapback when I rolled it out, and thus stayed a touch thicker. The tortillas also had a little more chew.

But with the almost boiling water? The dough is immediately soft, supple, and smooth. It rolls out thin like a champ, browns beautifully on the griddle, and stays soft when it cools. In truth, it feels like cheating.

Perhaps my tortillas have a little less complexity, texture-wise, than those of Sonoran-style perfectionists. But now I can make really good flour tortillas fast enough at home that I can have them ANYTIME I WANT—which, naturally, is always.

*Sometimes you can get Vista Hermosa tortillas, which are good but are made with avocado oil and cassava flour, so they’re not totally the same.

Get our freshest features and recipes weekly.

Rachel Wharton is a James Beard award-winning journalist in New York City with a master’s degree in food studies. She has worked on more than a dozen books on food and cooking, including her most recent, American Food: A Not-So-Serious History. 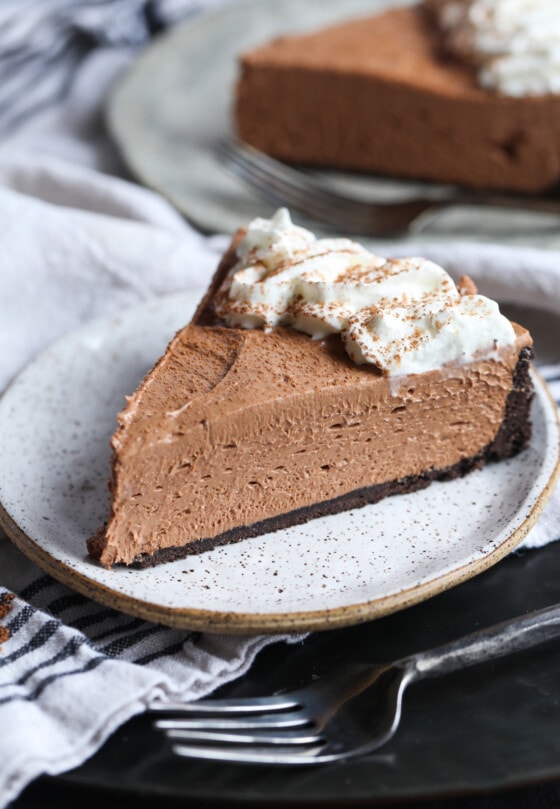 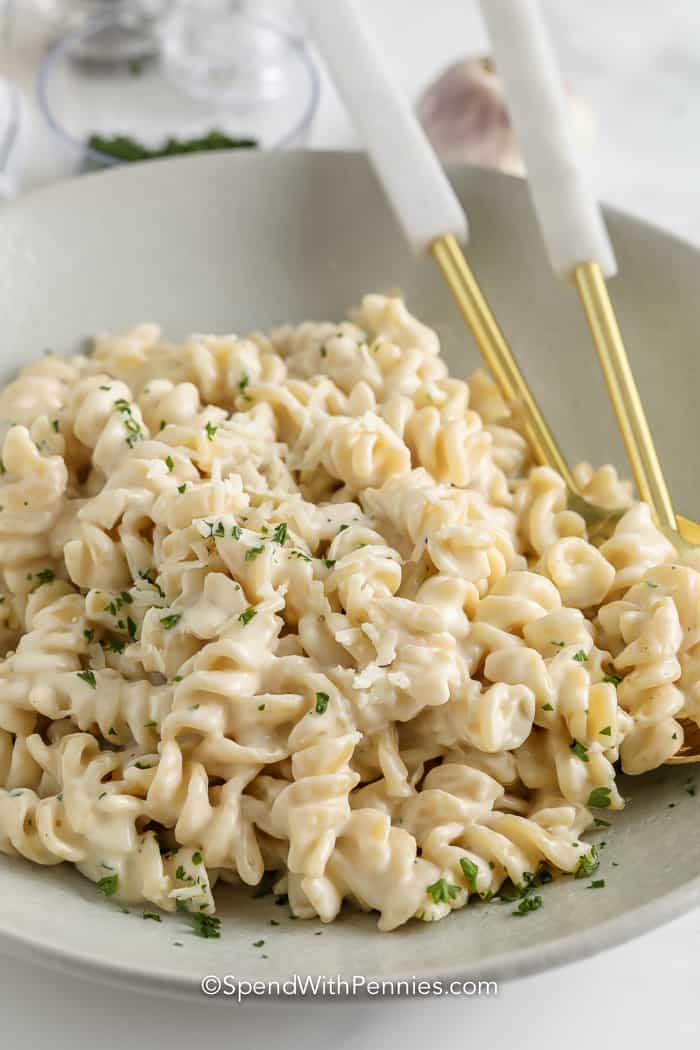 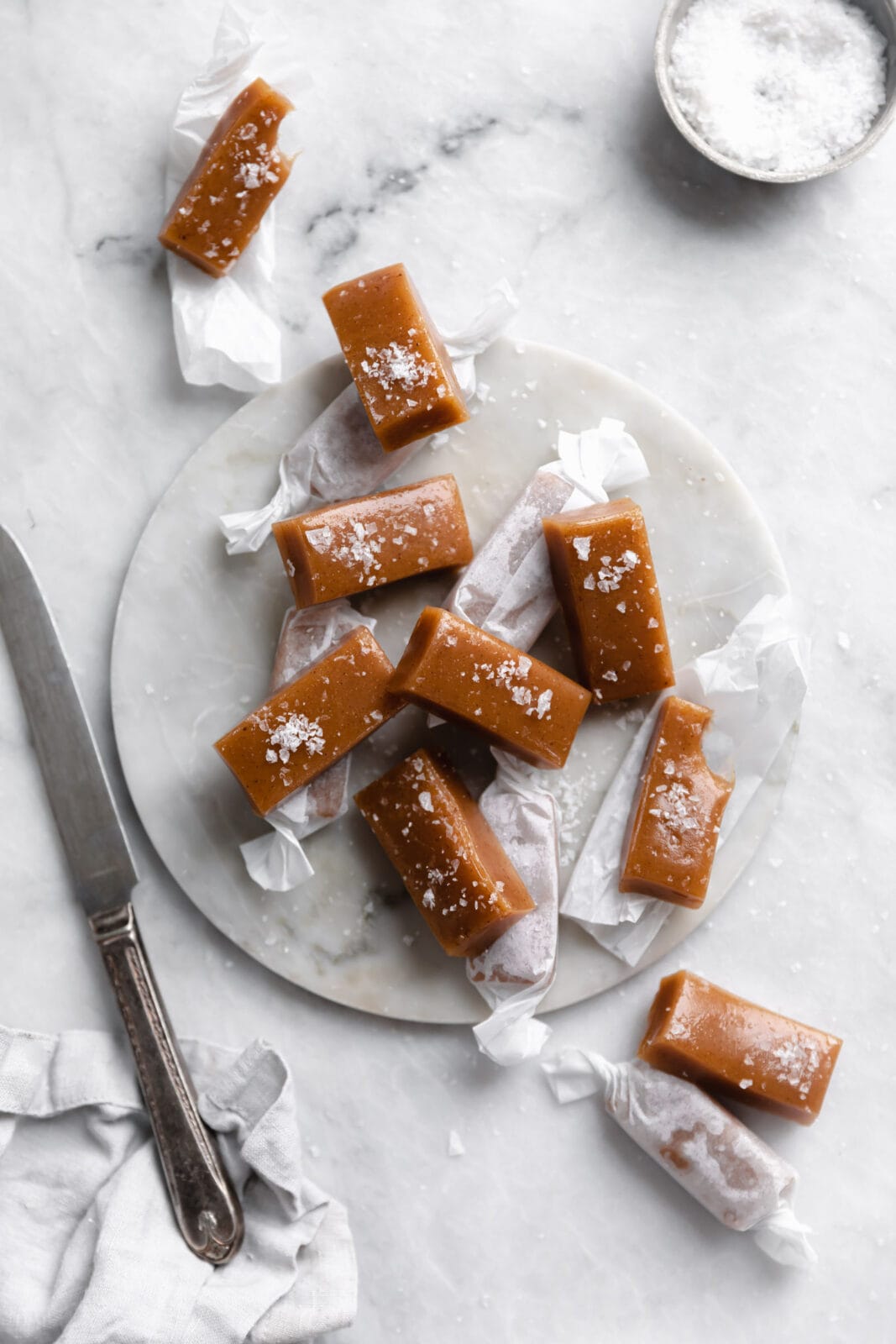 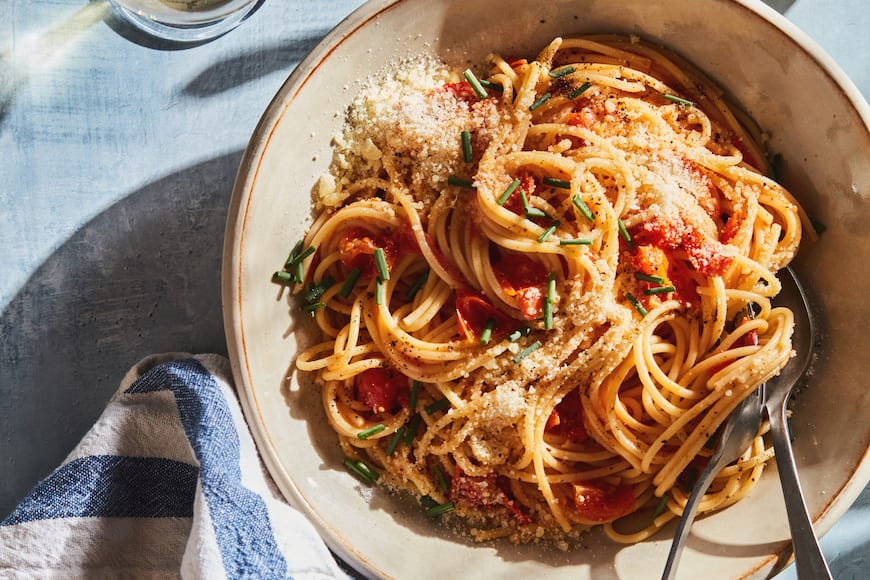 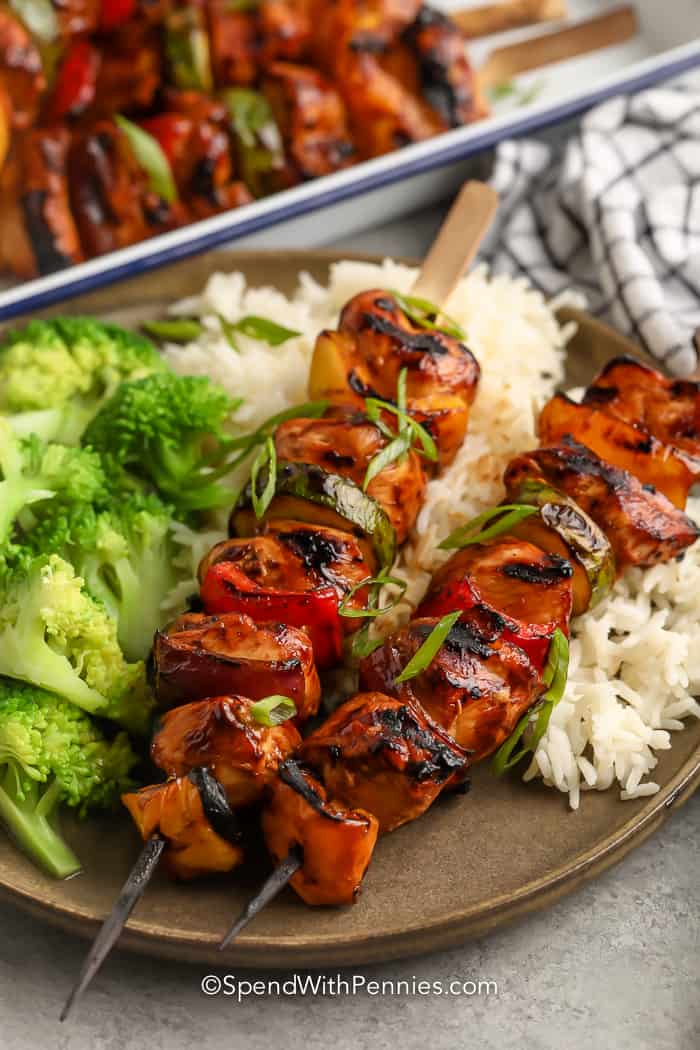 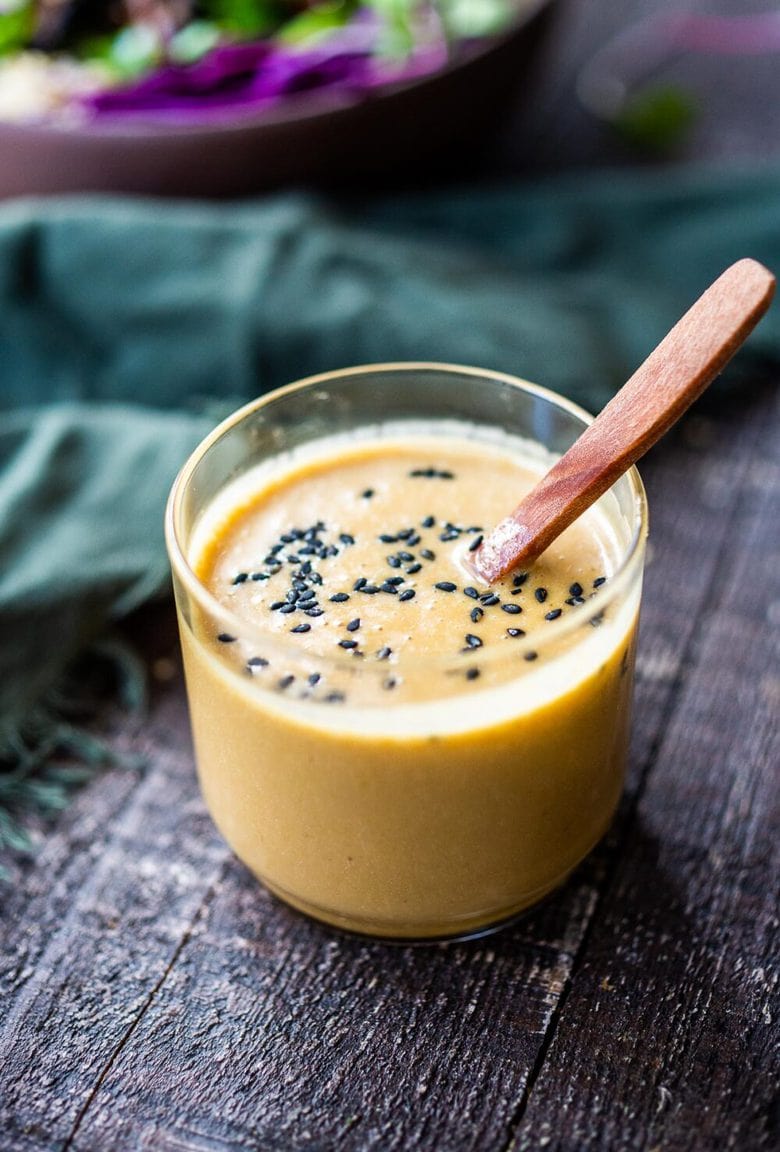 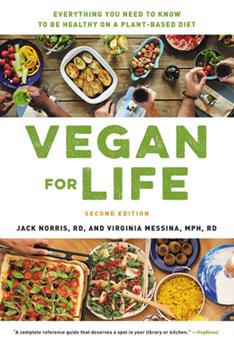 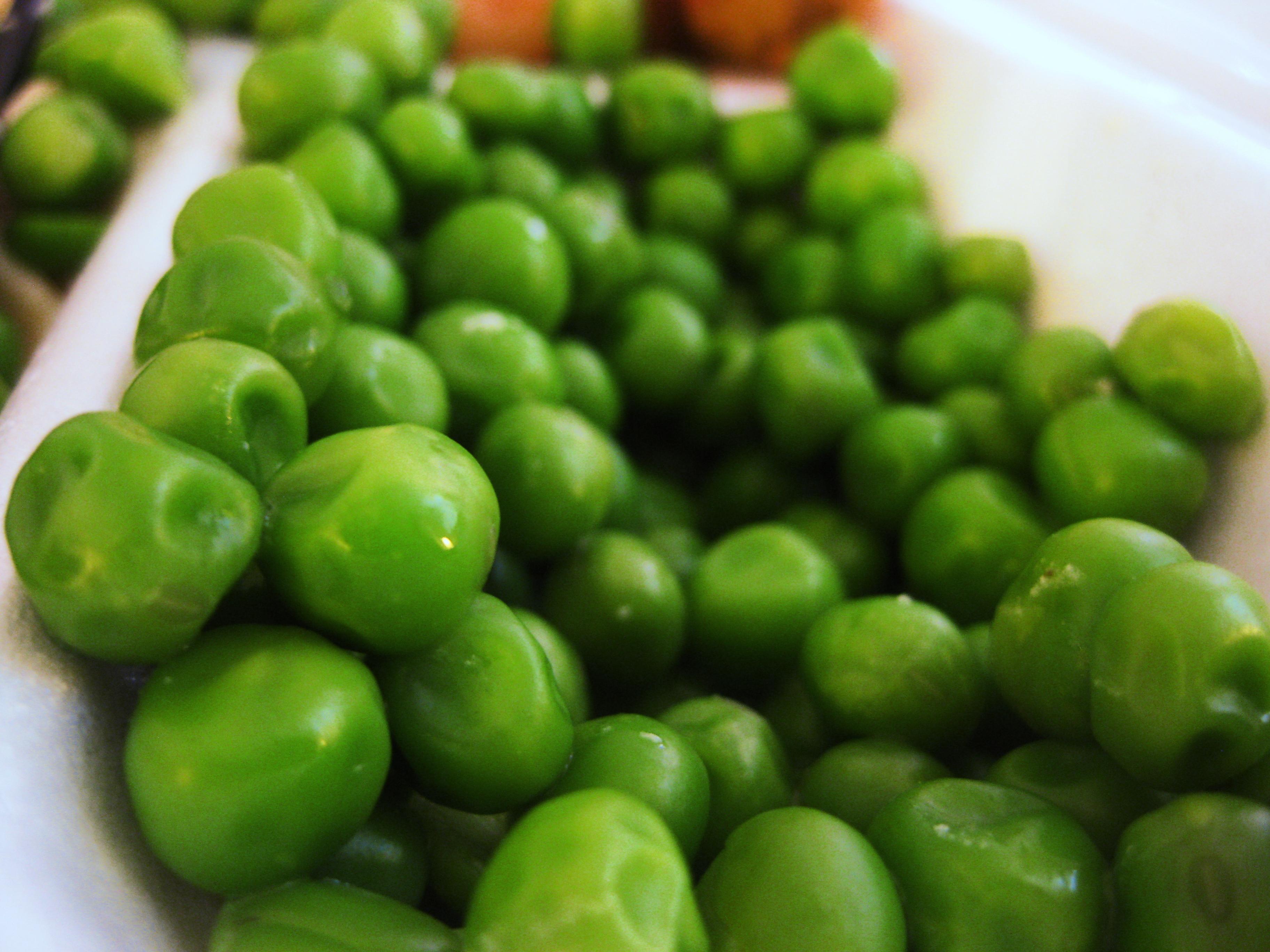 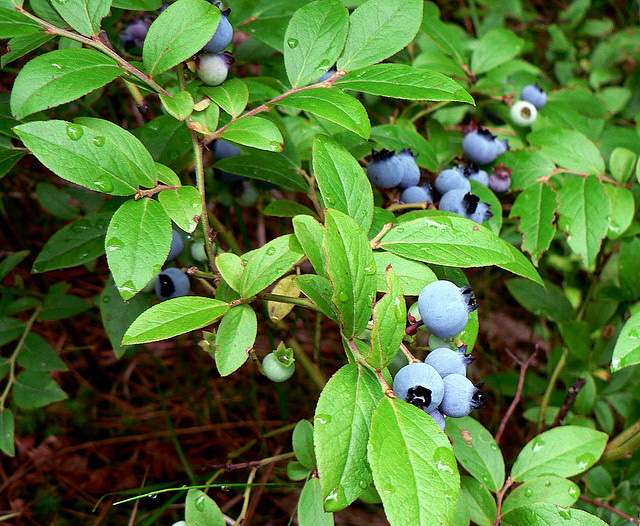 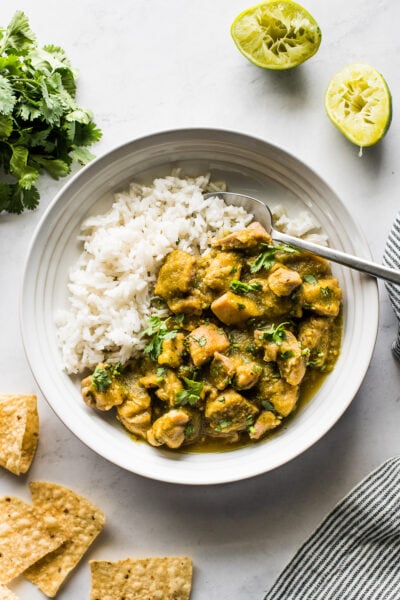 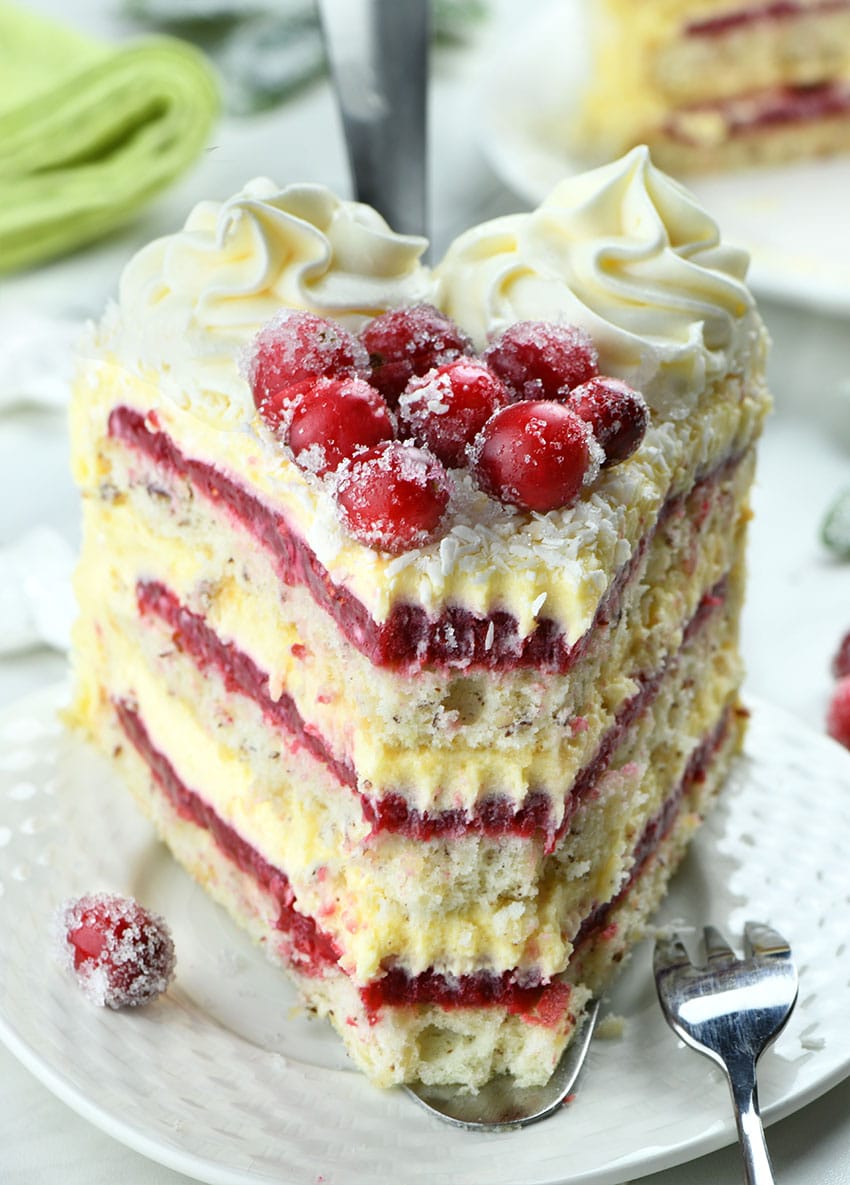 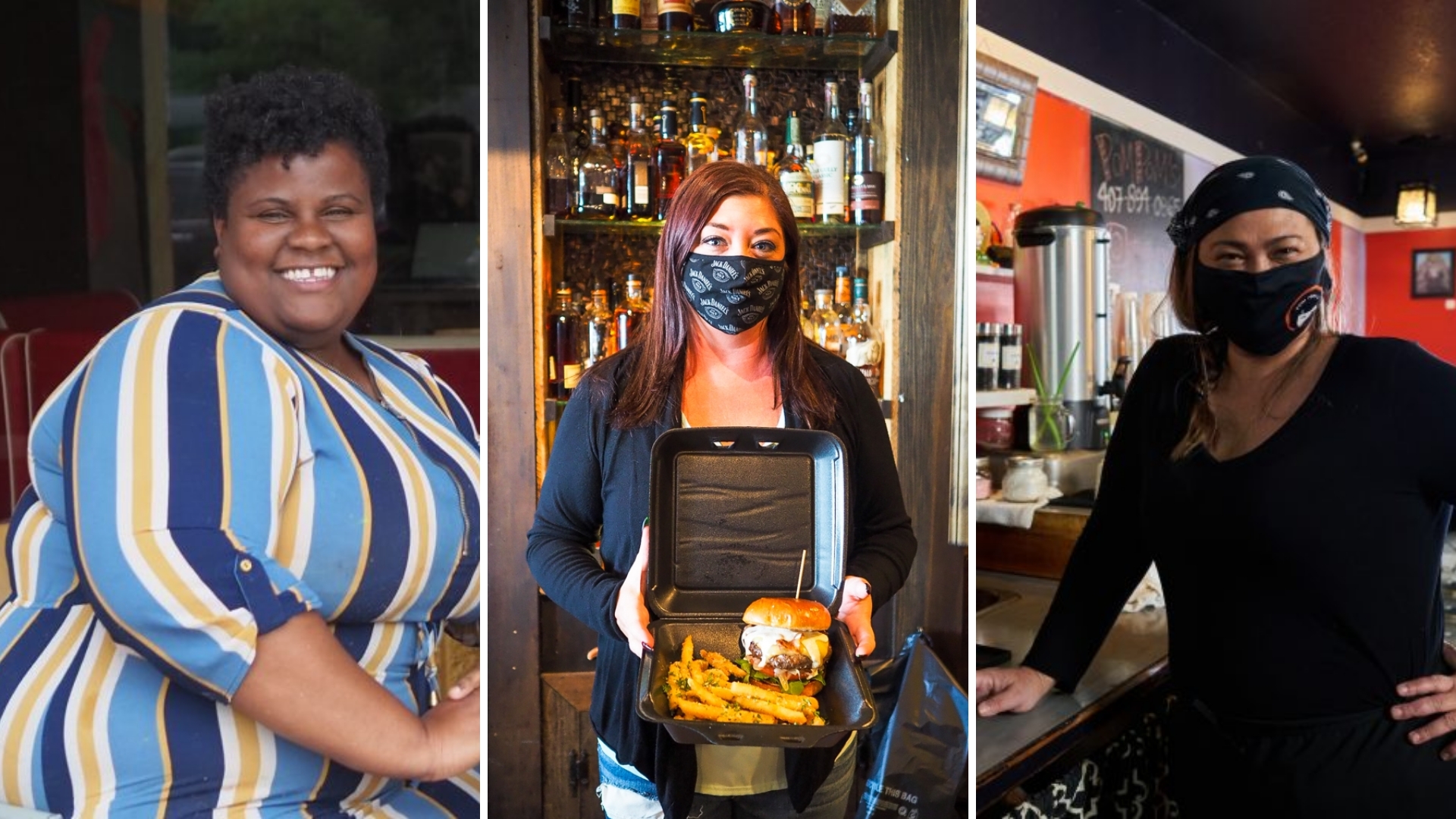 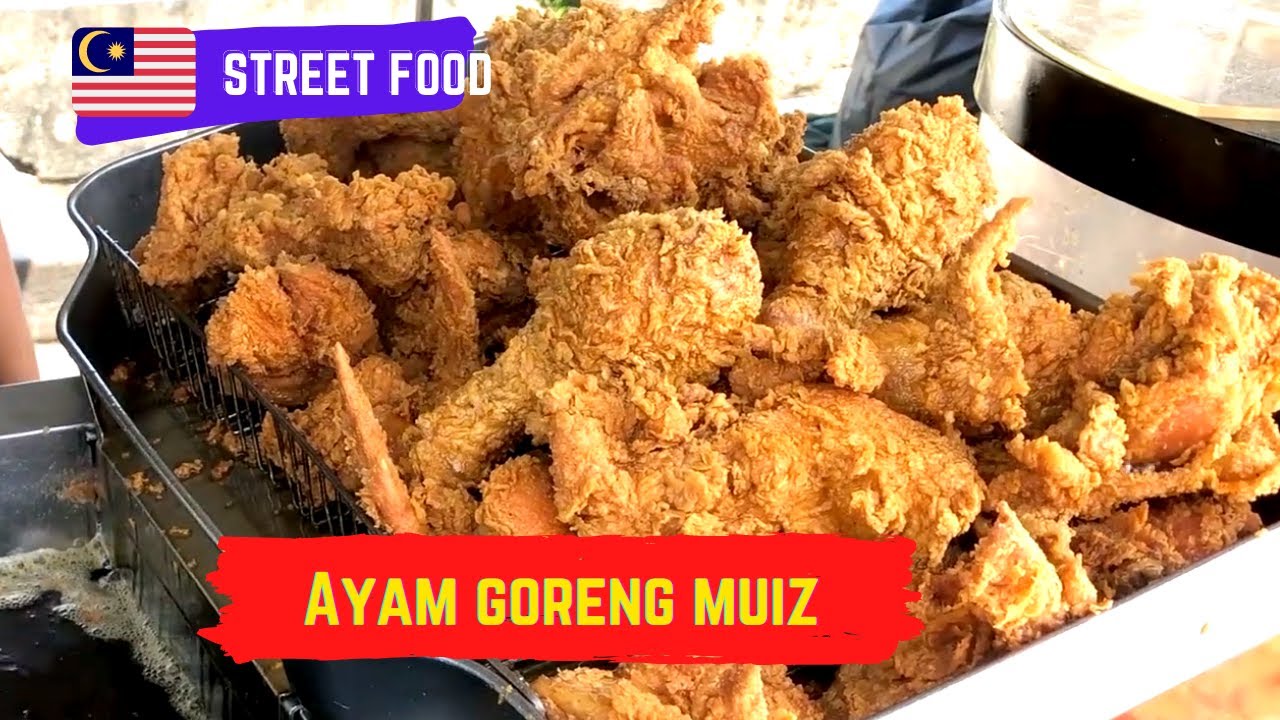 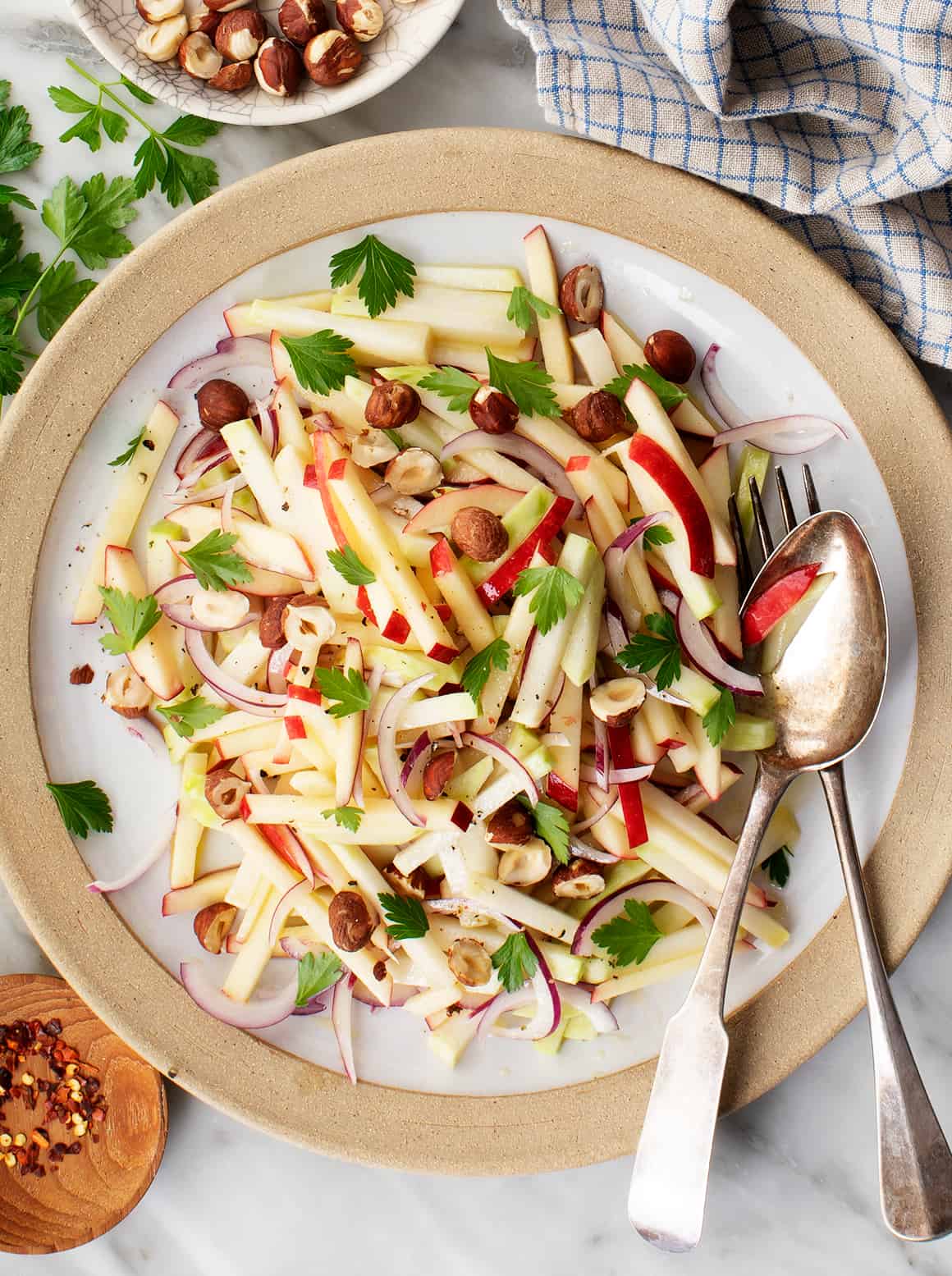